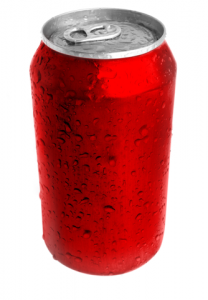 [1]Soda can be an addicting habit. You can find it almost everywhere, and drinking it can become second nature. You may have been thinking about quitting, but just haven’t found the motivation. Here are 5 reasons you should finally kick your soda habit.

1. Soda drinkers are more likely to be overweight; in a Danish study, people who drank soda every day for six months saw a 30% increase in triglyceride blood fat. Their cholesterol also increased by 11%.

2. Think you’re safe just because you drink diet soda?  Texas researchers found that those who drank diet soda had a 70% increase in waist circumference over 10 years.

3. Soda cans are a major source of bisphenol A (BPA), which has been linked to infertility, obesity, diabetes, and some types of cancer. Being exposed to this chemical repeatedly can be a real risk to your health.

4. Soda contains phosphoric acid, which can interfere with the body’s ability to use calcium. Calcium is an important mineral in bone health, and therefore repeated exposure can lead to osteoporosis or the softening of teeth.

5. A 2010 study reported that those who drink soda daily are 25% more likely to develop type 2 diabetes. This isn’t surprising, as soda contains excessive amounts of sugar.

Stopping your soda intake can be difficult, but it is completely possible! I love getting emails from people who were in an audience I’ve spoken to and they were so moved by my “number of teaspoons in soda” visual that they tell me they haven’t had a soda since! If you’re craving caffeine, make yourself a coffee instead; or, if you are craving something sweet, try a small piece of chocolate or fruit. Also, avoiding common traps such as fast food restaurants or the vending machine are crucial when first starting out. And don’t fool yourself by choosing diet sodas. The research coming out is not favorable for diet sodas either. You can do it!