Have you had bottled water lately? How about some canned soup? If so, chances are you have also used a product with BPA. Bisphenol-A (BPA), is a chemical used in food packaging and plastic bottles that has been used for over five decades. However, concerns regarding its safety have been around just as long. To fill you in on some of the unease surrounding this topic I’d like to share some information on where several U.S agencies stand. 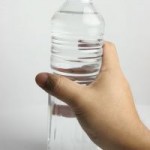 The Federal Drug Administration states that “studies provide reason for some concern about the potential effects of BPA on the brain, behavior, and prostate gland of fetuses, infants and children.” Ultimately, more studies need to be done.

The Environmental Protection Agency (EPA) has recently added BPA to the “chemicals of concern” list due to possible unsafe effects on the environment. But studies have shown it is not just the environment that may be at risk as data has revealed possible links to diabetes, heart disease, and cancer. Some of these studies, however, were not human ones but rather animal studies on rats or mice.

Others such as the National Toxicology Program do not make any regulatory recommendations but do acknowledge the need for more research. Further support of this notion comes from the National Institute of Environmental Health Sciences, which has announced that it will be providing $30 million in funding to study BPA. The Centers for Disease Control also have stated that further studies regarding BPA should concentrate on the human effects of exposure and not just the effects on laboratory animals.