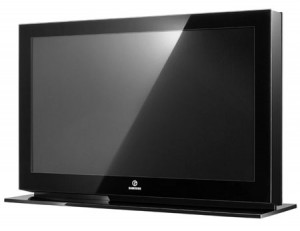 [1]TV provides endless entertainment to us, but it is also the predominant sedentary behavior among American children. As the obesity epidemic continues to rise, it is quite a cause of concern. Watching more TV seems to be linked to being overweight. However, it is unclear whether the weight gain occurs from watching more TV or if people who are overweight watch more TV.

A study in the Journal of Pediatrics noted that watching more than 2 hours of TV a day was responsible for causing 1/5 of normal-weight children to become overweight 3 years later. The data provided support the hypothesis that TV is a causative factor for obesity. In addition, there’s evidence that TV time displaces time that can be spent exercising or playing sports. Watching TV also increases snacking and consumption of nutritionally poorer diets. People are also more likely to overeat if they eat while watching TV as they are more focused on the program and less aware of their internal cues.

American Academy of Pediatrics recommends that children should watch less than two hours of TV per day. If you’re going to eat snacks while watching TV, try fruits and veggies with hummus instead of big bags of chips or popcorns.

I want to challenge not only your kids but also YOU! Sacrifice one hour of tv a day to invest in your own health. Instead, go for a walk, bikeride, or to the guy. Just imagine, after a year, that would be 365 hours of physicial activity.

Are you up for my 1 hour/day less of tv- 1 hour/day more of activity challenge??? Let me know! I will be putting all the people who complete the challenge into a drawing for a FREE autographed copy of The All-Pro Diet! You can do it!