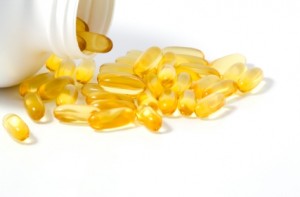 As a parent, it is critical to keep your kids properly nourished starting at an early age for proper brain development and functioning.  The sooner you begin, the more long term effects your children can benefit from.

So before your kids start hitting the books, make sure they’re properly fueled with these brain boosters.  They help improve memory and concentration, prevent cognitive decline, and provide long lasting energy so your kids can perform at their highest academic potential.

Food for Thought: Studies show that elderly people who consume a diet high in antioxidants have lower rates of Alzheimer’s disease.  Scientists believe this may be due to the preventative power of antioxidants against oxidative stress on the brain.

Benefits: Essential for the production of memory brain cells; Critical for pregnant or lactating women (for brain development of infants)

Food for Thought: A recent study by Duke University and the University of North Carolina suggests that a diet rich in choline may help improve memory and assist in the development of extra memory brain cells in adolescents.

Food for Thought: Iron is the #1 nutritional deficiency in American children and worldwide.

Food for Thought: Studies show that folate/folic acid may play a role not only in the cognitive development of infants, but also prevent Alzheimer’s and dementia as we get older.