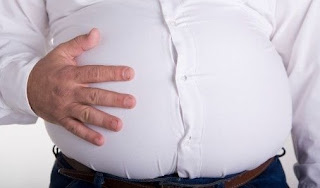 Are you eating a diet that makes your pancreas work so hard that it literally loses its ability to produce insulin over time? If you do, you might be “burning out your beta cells” and on the path to developing type 2 diabetes or already be living with type 2 diabetes. New estimates from the Centers for Disease Control and Prevention (CDC) show that around 24 million people in the U.S. have diabetes, which is a 15% increase from two years ago. This is 8% of the U.S. population and 90-95% of these people have type 2 diabetes. The type 2 diabetes crisis is directly related the increasing numbers of people being overweight and obese in addition to our aging population.

Here’s the ugly truth about what happens when you load up on high sugar foods, beverages, baked goods, and other refined carbs: Your body gets flooded with sugar. This is followed by a release of insulin, which causes a sharp decline in your blood-glucose (blood sugar). The insulin moves the sugar from your blood to your liver and muscles, and can also store some as fat. Then you can feel tired and have poor energy from the sudden drop in blood sugar. Repeating the sugar rush–insulin surge cycle several times a day, day after day, week after week, month after month, and year after year sets the stage for insulin resistance, metabolic syndrome, and, possibly, developing type 2 diabetes. It usually begins as insulin resistance, a disorder in which the cells do not use insulin properly. As the need for insulin rises, the pancreas gradually loses its ability to produce it. This is because your pancreas simply gets worn out from working so hard due to all of those high sugar foods you have eaten over the years. However, type 2 diabetes is rising quickly among children, in fact, so much that they no longer use the term adult-onset diabetes.

So what can you do to “lighten the load” on your pancreas.

1.) Eat a source of protein and fiber with every meal
2.) Switch to all whole grains
3.) Cut back your portions of carbs like
4.) Avoid drinking sodas, lemonade, kool-aid, most juices, and other high sugar drinks
5.) If you need to lose weight, start eating smaller portions

A new study in the journal BMC Endocrine Disorders [2] suggests that 7.5 minutes of intense activity per week could have significant health benefits for reducing the risks of developing type 2 diabetes. It recommends four to six 30-second bouts of intense exercise two times per week. This recommendation is appropriate for people 20 to 40 years in good health. People living with diabetes, heart disease or who are older should discuss increasing their activity level with their physician.

So eat less, and move fast!